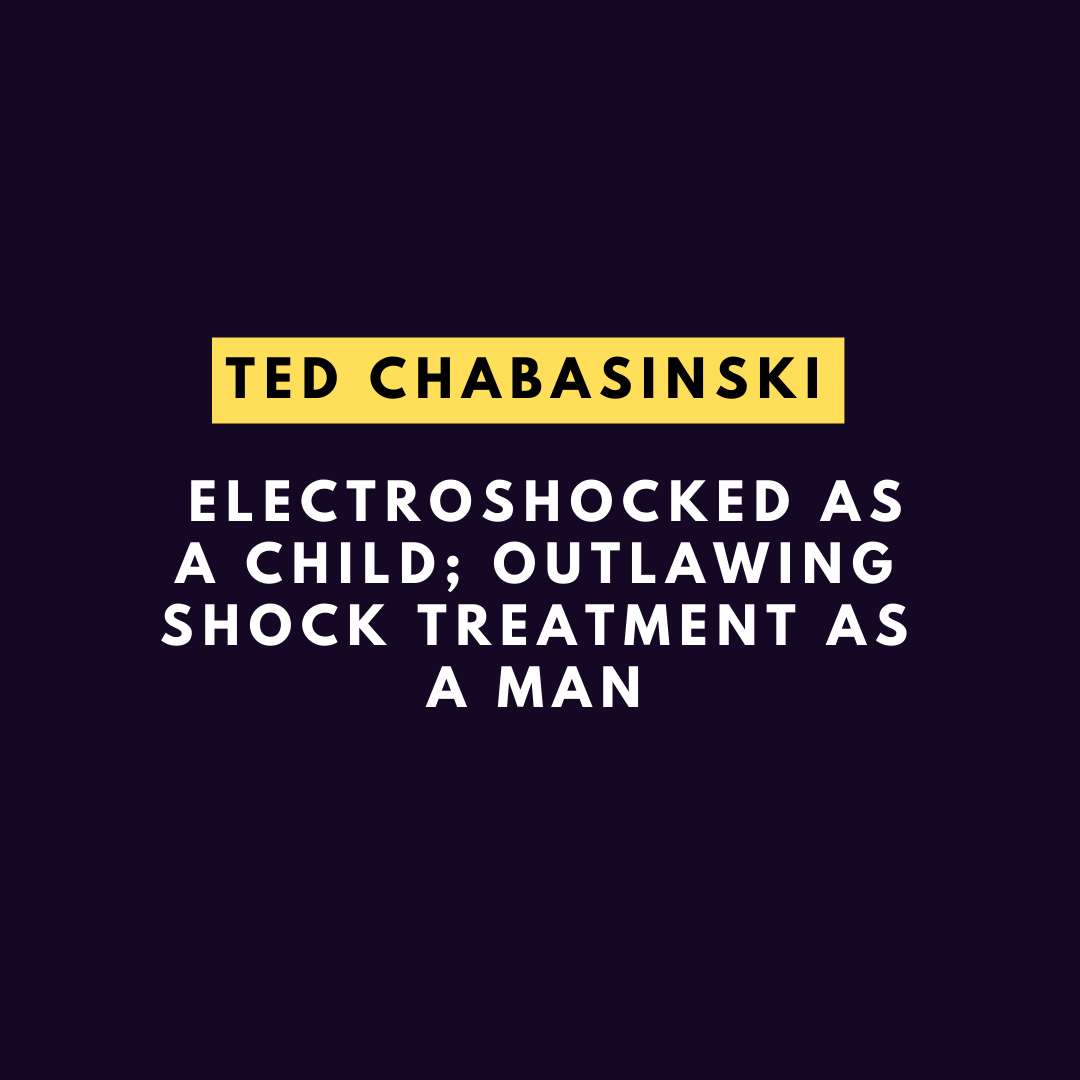 A misdiagnosed child incarnated and given electroconvulsive therapy (ECT).

Ted Chabasinski was misdiagnosed schizophrenic as a child and given ECT at Bellevue Hospital by the infamous psychiatrist, Loretta Bender.

This short video is from the Richard Cohen documentary, 41 Days An Unfinished Documentary, highlights the impact ECT had on Ted as a child and his efforts to protect others as a lawyer as an adult.

ECT related death not properly addressed due to COVID-19

April 25, 2021
We use cookies on our website to give you the most relevant experience by remembering your preferences and repeat visits. By clicking “Accept All”, you consent to the use of ALL the cookies. However, you may visit "Cookie Settings" to provide a controlled consent.
Cookie SettingsAccept All
Manage consent