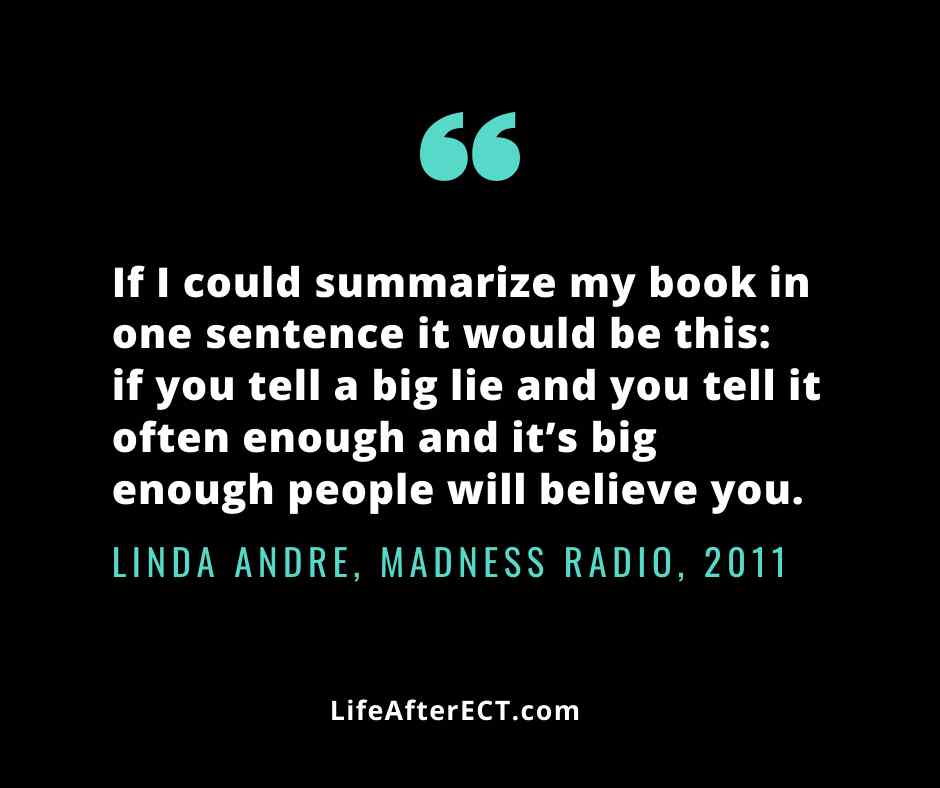 ECT survivor and author Linda Andre talks about her book, Doctors of Deception with Madness Radio, (2011.)

Linda Andre became an accidental activist after her life was irreparably altered by ECT. She lost five years of her life and suffered permanent cognitive disability after a series of treatments.

Andre’s journey would lead her to the electroshock survivor community and activism, later to write what many consider the definitive book on electroshock, Doctors of Deception: What They Don’t Want You to Know about Shock Treatment.

In this interview, Linda discusses her experience, the complex history of shock therapy, and elaborate efforts by the industry to mislead and suppress information about ECT risks, side effects, and efficacy.

If I could summarize my book in one sentence it would be this: if you tell a big lie and you tell it often enough and it’s big enough people will believe you.

January 8, 2021
We use cookies on our website to give you the most relevant experience by remembering your preferences and repeat visits. By clicking “Accept All”, you consent to the use of ALL the cookies. However, you may visit "Cookie Settings" to provide a controlled consent.
Cookie SettingsAccept All
Manage consent